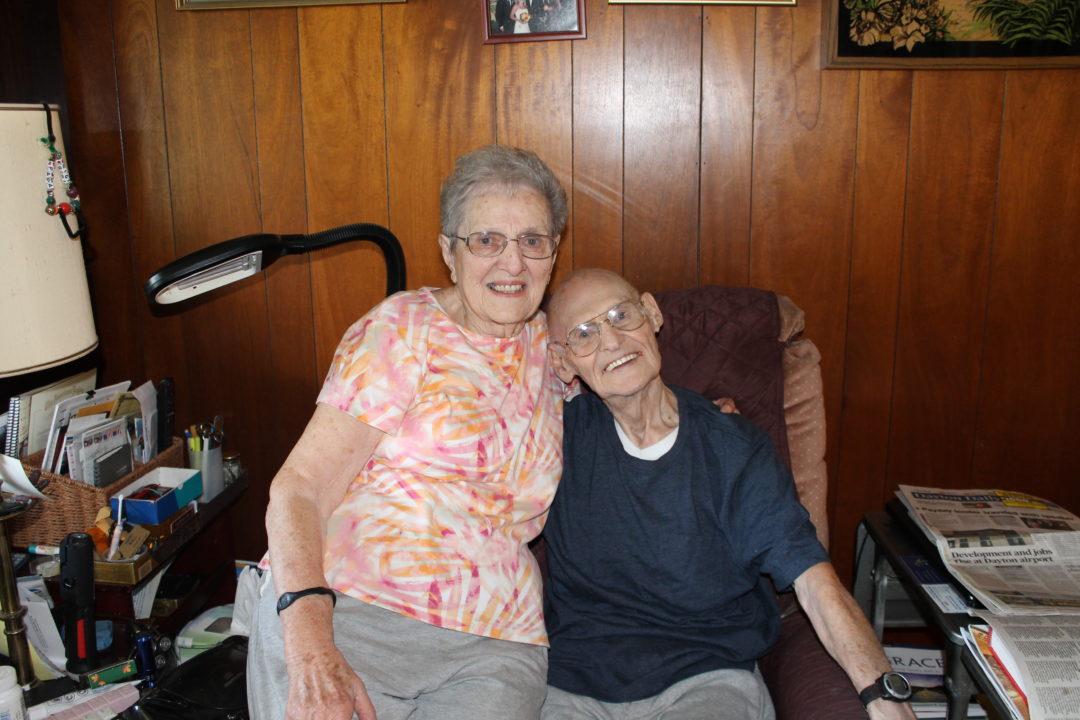 Harry Wall is quick to praise other people.
“He was the nicest man,” Harry will say.
“They were lovely people.”

Harry Wall, pictured here with wife, Shirley, has hundreds of stories, and many of them center on interactions he has had with people during his decades of volunteer service. Harry has contributed thousands of hours of service to 34* community organizations, including Ohio’s Hospice of Dayton, where Harry remembers “I always volunteered to help patients in their homes.”

Harry also volunteered to help explain Medicare when it was first introduced. He volunteered with the ombudsman’s office to assist patients in nursing homes. He dedicated thousands of hours at St. Leonard’s, the U.S. Air Force Museum and the VA hospice. Then there were the one-day volunteer commitments to river and park clean-ups or fundraisers – not to mention the seven or eight years he provided care for his mother-in-law when she started dialysis. Shirley says Harry was “always on call.”

Harry earned the nickname “Candyman” because when he volunteered he also brought along a bag of candy to share with those he encountered. When Harry’s nurse at Ohio’s Hospice of Dayton, Jackie Tims, learned about his lifelong story of volunteerism, it inspired Jackie to reach out to Harry’s care team to put together a celebration in honor of his many years of volunteering. 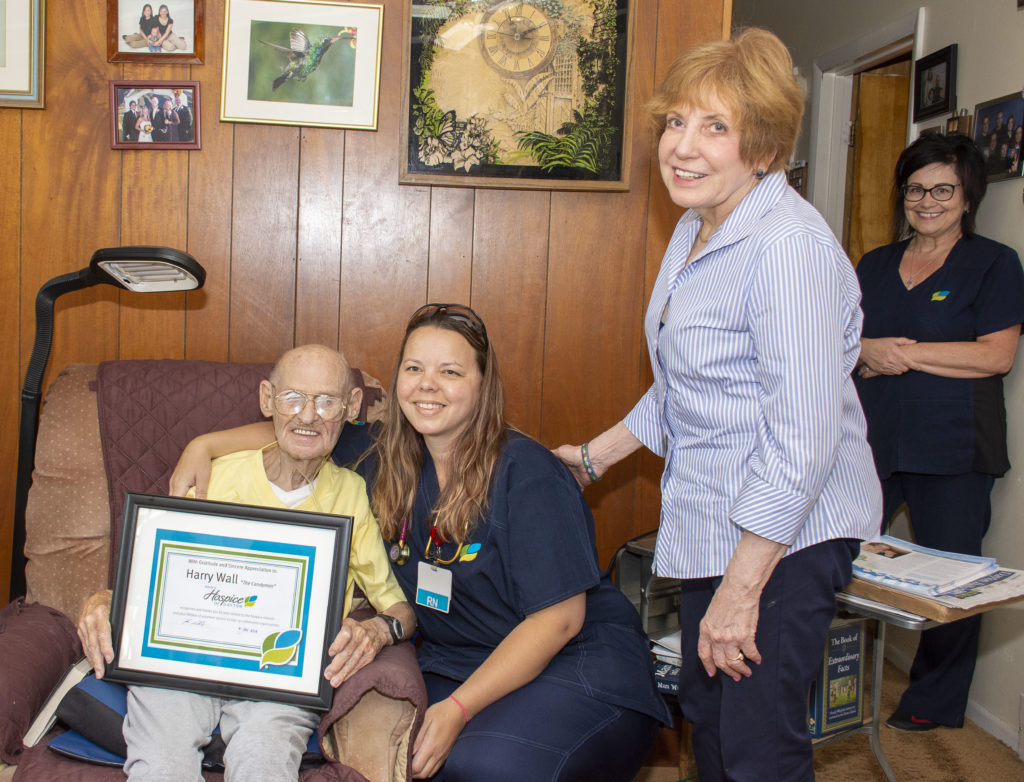 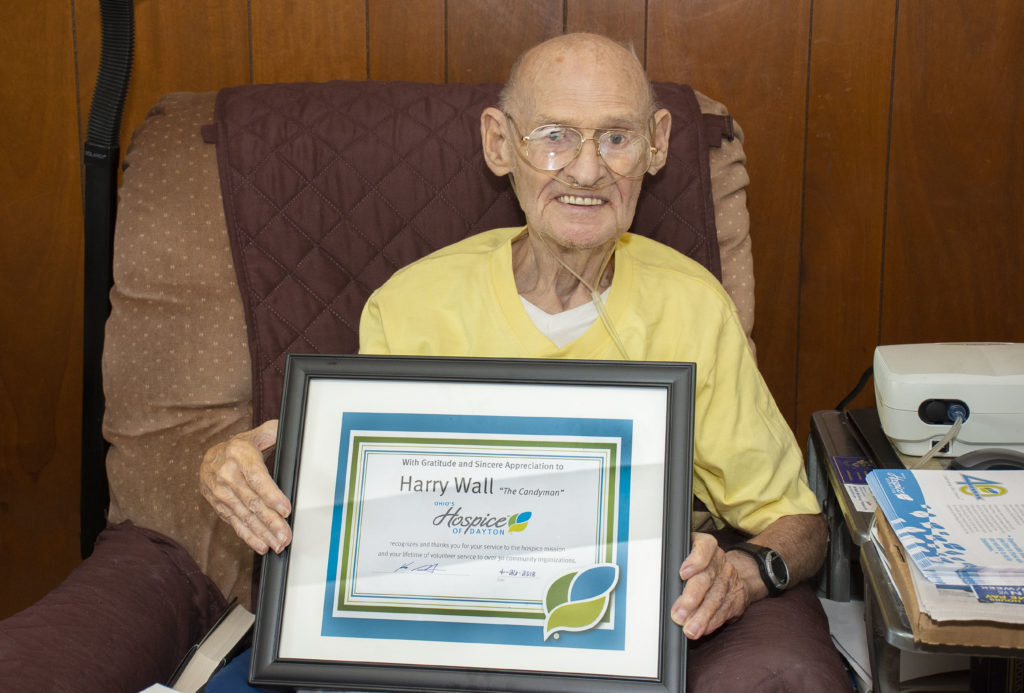 As part of the celebration, Harry’s close family members and care team gathered together in the comfort of his home to honor him with a plaque of recognition signed by Ohio’s Hospice CEO Kent Anderson. The plaque honors his over 65 years of volunteer service to the community. As to be expected, Harry joined in on his own celebration by passing around a bag full of a variety of delicious candy. 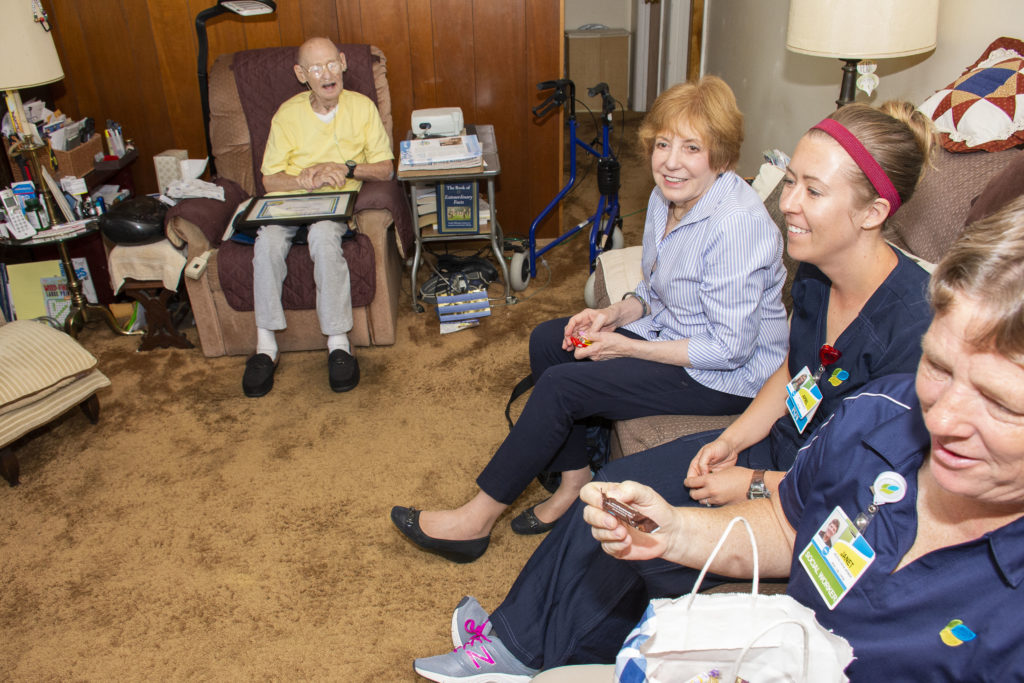 Harry said he believes anyone able should “give time to those who are not able” to do for themselves. “Volunteering is the most satisfying thing in the world,” according to Harry. “When people say thank you for something you’ve done, it’s from the heart.”

Harry was born into what he calls “lean times.” One of six boys, Harry remembers that all the boys slept on the floor. There was no indoor plumbing and no bathroom.

So, for Harry, joining the service offered some significant luxuries. While stationed in England and Europe, he remembers being invited to the home of a Royal Air Force corporal for dinner. “They were as poor as we were when I was a kid,” said Harry. “And they had two little kids. But they shared what they had with me. Afterwards, I volunteered for KP duty so I could scavenge some food and take it to the family.” In true Harry form, he remembers, “They were a nice young couple.”

Now that he is battling cancer for the second time, Harry is unable to volunteer the way he used to. Those who have met him say Harry has earned title of “the nicest man,” and that Harry and Shirley are “the nicest couple.” They both have truly given from their hearts, and the community has been blessed by their lifelong love of volunteerism and helping others.

Celebrating Life is the Catch of the Day

“I was bored sitting in the house. I wanted to get out and do something.”…

“Try to do anything you want to do while your health is good,” recommends R.…