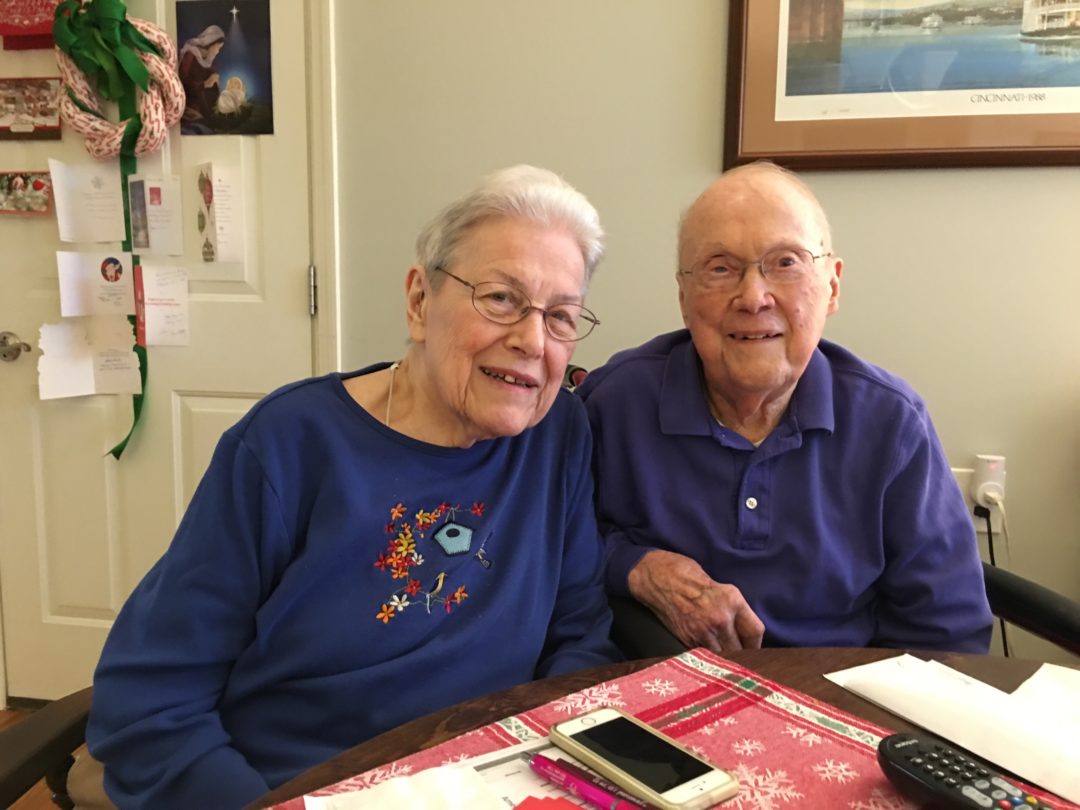 Bill Bowman returned from Korea with big plans. He had already graduated from Wilbur Wright High School and the Cincinnati Conservatory of Music before he went into the service. He had a job to teach music lined up in Michigan. Before leaving town, he wanted to make a few stops at some favorite Dayton spots just to say hello. One of those stops proved to be “unforgettable” and changed his life forever.

Helwagen Music Company on North Main Street (later to become Roetter Music Company)  was one of Bill’s planned visits. He had taken music lessons and formed friendships there while growing up in Dayton. Surprised to find the store had changed hands, he met the new owner, Bill Roetter, and the two struck up a conversation. Soon thereafter, Mr. Roetter offered Bill a job to replace a newly resigned bookkeeper. Bill accepted the position with the understanding that it was only for the summer. His teaching job awaited him in Michigan in the fall.

Then Bill’s life took an “unforgettable” turn. As he tells it, “A cute gal came in around noon carrying some African violets. I wanted to meet her, so I told her that my mother and I had tried to grow African violets and they all died.” She admitted she too struggled with the plants. As it turned out, he had introduced himself to the owner’s daughter, Charlotte. She got to know Bill better as she accompanied Bill and her father on some local business ventures. Then he invited her out to dinner at Anticoli’s. A whirlwind courtship ensued. Bill never took that job in Michigan. Instead he married Charlotte on November 22 and stayed on to become assistant manager at the music store.

Soon after they wed, Charlotte left her job as a doctor’s office receptionist to take on motherhood. Between 1954 and 1964 the couple added four daughters. Charlotte occasionally helped out at the music store. As the girls grew older, she decided attend Miami Jacobs and gain skills so she could work somewhere that provided benefits for the family. That job turned out to be a 15-year tenure with Super Foods Services. In addition to managing the music store, Bill played woodwinds with the Dayton Philharmonic, Kenley Players, Hal Harris Orchestra and at Suttmiller’s Supper Club.

We enjoyed celebrating our volunteers at our annual volunteer banquet! This event is just one…

Bowl for Hospice, a benefit for patients and families served by Ohio’s Hospice of Dayton,…

Social media has changed the way we #connect to our community in a great way!…