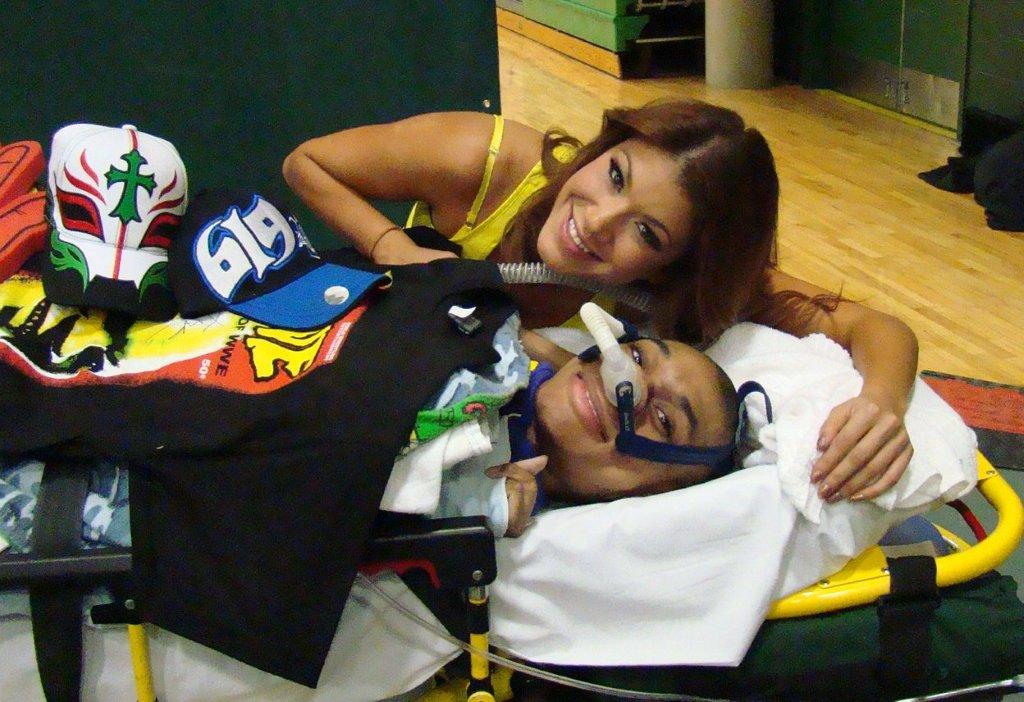 When asked, Curtis Blair tells you what he wants people to say about him. “I want them to know that I never gave up.” he says with a smile, “I want people to know that I am a strong person and a nice guy.”

It’s easy to say all of those things about Curtis. He is 23-years old and a patient of Hospice of Dayton. Curtis has Muscular Dystrophy, diagnosed when he was two years old. Curtis lived at home and attended school until he was 15. At that point difficulty breathing became a serious problem. As the disease progressed, his mother became unable to care for him in their home and he was moved to a nursing home. He is now on oxygen for all but very brief periods of time.

Not long ago, Curtis got to take a trip outside of his room. Having been bed-bound for years, he had not been able to enjoy the out-of-doors. On a beautiful summer day, the occupational therapists from Hospice of Dayton arranged to move his bed and oxygen outside for awhile. The way Curtis described it was that “it must feel like what a convict would feel like when he is set free. ” He took in the warmth of the sun, the blue of the sky, the sweet earthy smells and the breeze on his skin. That brings us to another thing Curtis wants people to know. “Don’t take anything for granted,” Curtis says.

But Curtis also says the last thing he wants is for people to feel sorry for him. Despite the many obstacles he has encountered, Curtis has achieved a great many dreams and touched many lives. With help from a hospice volunteer, Curtis has written a book that is now in the hands of a publisher. When asked what it’s about, Curtis says simply, “it’s a book about a boy that struggled.” He talks about writing another book and dedicating it to his heroes in World Wrestling Entertainment. Curtis has twice been their guest at the Nutter Center in Dayton, with WWE performers posing for pictures with him, signing autographs, giving him gifts and insisting he be photographed by the ring on the stage with them. He prizes the mask that one of the WWE stars handed him. They were as big in person, he says, as he expected them to be. But when they talked with him, he said, some had tears in their eyes. Some of them may have been thinking that Curtis is the strongest man they ever met.

Delicate, artistic and beautiful, the newest addition to the Heartfelt Gifts location at Ohio’s Hospice…

This year brought many moments and stories worth celebrating. We were honored to share these…