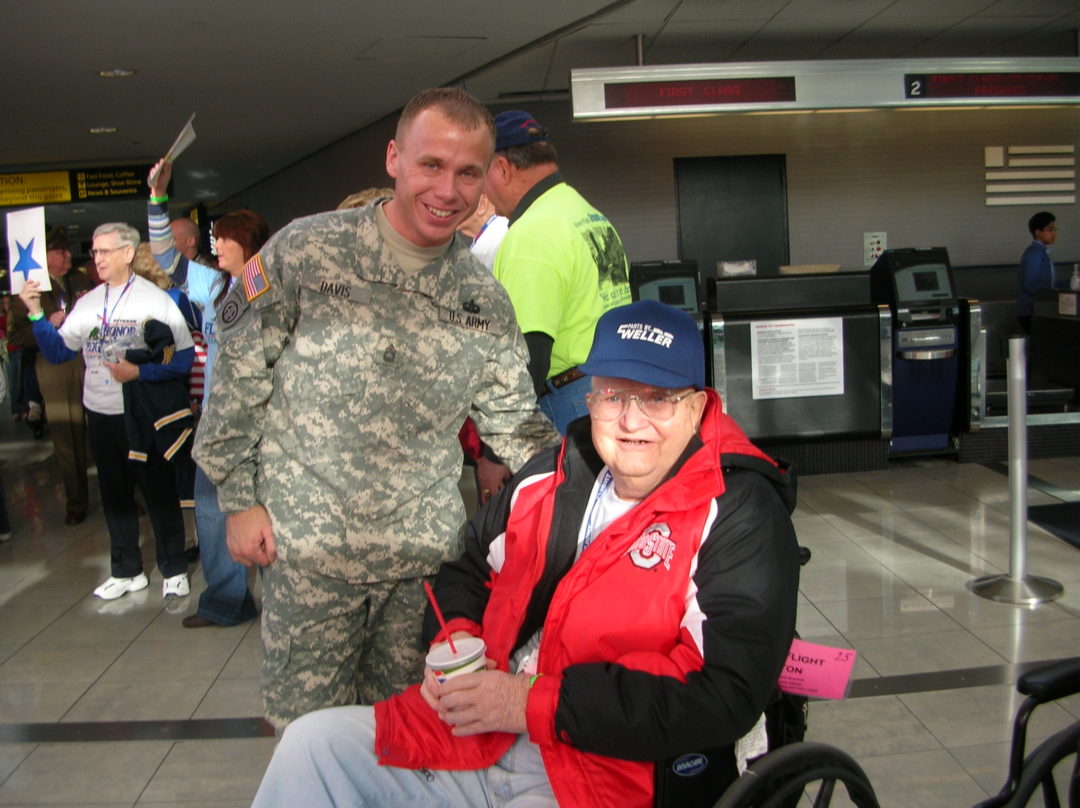 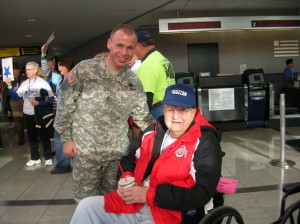 Bud Weller, World War II Veteran, served in the Pacific as the Second World War came to an end. “I was in basic training when they declared peace,” Bud recalls. His first assignment, however, was a glimpse into the horror to the war that had just ended. He was among the first soldiers stationed in Hiroshima following the bombings that ended the war. “The only things standing were the concrete buildings that were reinforced with steel,” Bud remembers. “Everything on the mountain outside the city was burnt halfway up.”

Bud served as a staff car driver while in the Army and became a mechanic after he was discharged. Bud was one of three Hospice of Dayton patients who boarded a plane in 2009 to revisit their past through Honor Fight, a program designed to transport veterans to Washington, D.C. to visit and reflect at the memorials dedicated to honor their service and sacrifice. It was his first trip to D.C. and the monuments that pay tribute to he and other soldiers that served in World War II, and a cherished memory.

As a local hospice patient’s health was declining, the only way the family could test…

R.J. and Ada Neace shared a childhood crush, a teenage romance and 44 years of…