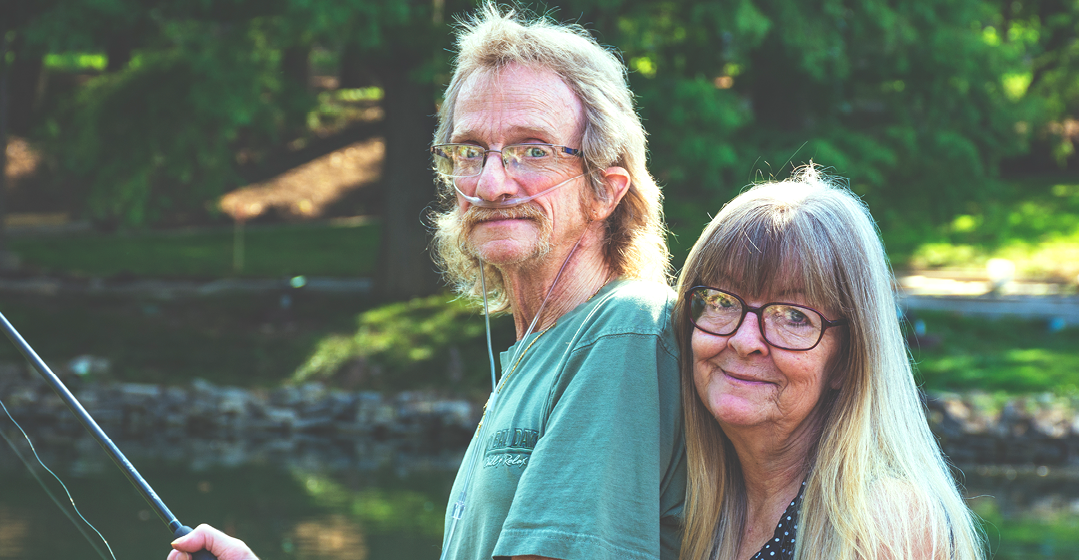 “I was bored sitting in the house. I wanted to get out and do something.”

When his hospice social worker suggested he go fishing at the pond on the hospice campus, “he lit up like a kid who just got their first wagon for Christmas,” said his wife Casaundra.

But the week was the hottest so far this summer, and fishing had to wait. Finally, the weather cooled and Rob got to cast a line while enjoying a slight breeze under a brilliant blue sky. How long had it been? “I haven’t been fishing in over ten years,” said Rob. “But I did a lot of it growing up.”

Rob was diagnosed with mild emphysema in May of 2009. He contracted an uncommon drug-resistant bacterium in 2014 that caused his emphysema to quickly progress. A truck driver by trade, he was forced to retire due to his medical issues.

He and Casaundra enjoy a steady stream of teasing each other on the fishing pier. Cassandra mentions that Rob is celebrating a birthday the next day. When asked how old he will be, Rob responds “21” and Casaundra says “58.” The couple is equally at odds when it comes to how long they’ve been married. “A million years,” according to Rob. “That’s eight years numerically,” clarifies Casaundra. Rob taunts the turtle that desperately battles to catch the bait on his line, while Cassandra scolds him for animal cruelty. “The only one interested in my line is this turtle,” Rob complains. “And she won’t let me catch him.”

Humor, fishing and a warm summer breeze combine for a day that gives Rob a break from summer boredom and a fitting way to Celebrate Life the day before a birthday. 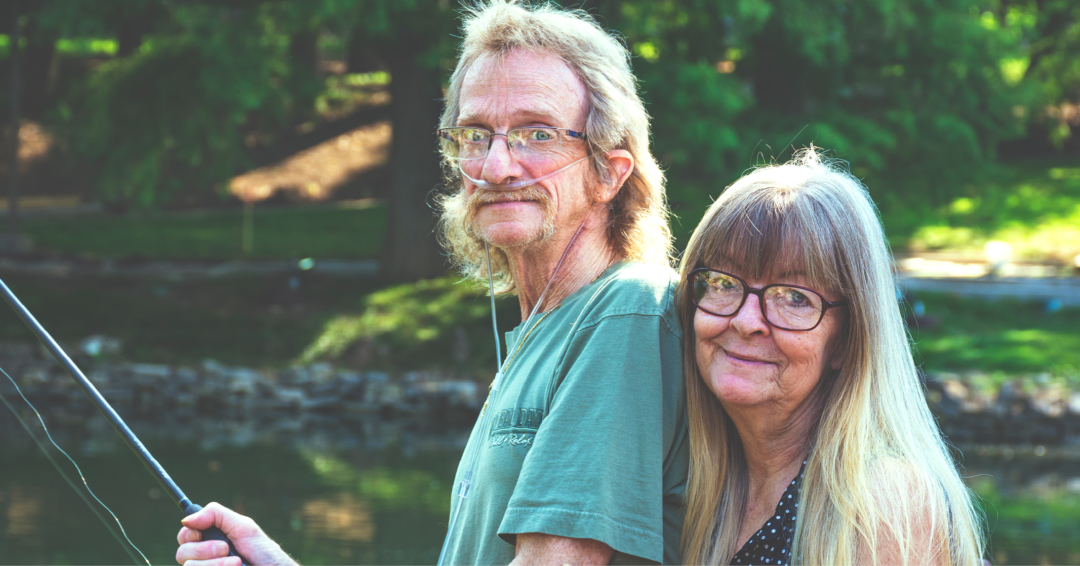 Donate to Our Volunteer Department for Give Something Away Day!