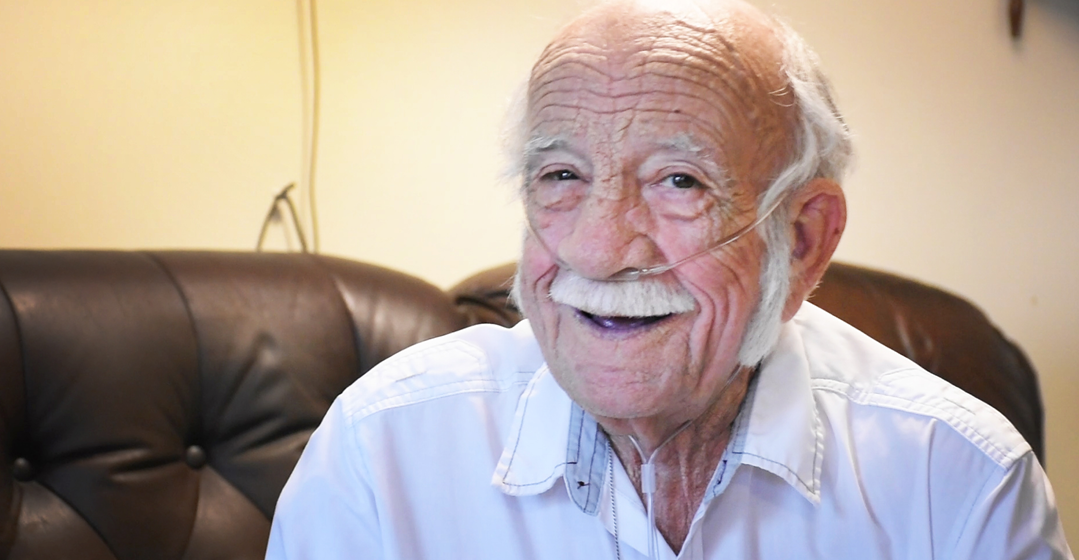 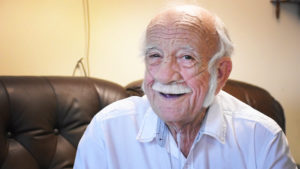 His tomato seedlings are over an inch tall and leaning toward the sun. He is working on an article for a dialysis publication that he hopes will help dialysis patients stay more positive. He refers to the bunnies, squirrels and turtles in his backyard sanctuary as the “livestock” he’s responsible for feeding. While he may be a hospice patient, Philip “Gene” Pierson says he plans to “live to the fullest extent of the law.”

While Gene has lots he could complain about – a “heart that’s working at 50% capacity, lungs that work at 40% and a single kidney that works at about 20%” – he focuses instead on the many blessings he has had in life. And what a life it’s been.

Born outside of Xenia, Gene was raised on a farm and joined the Air Force upon high school graduation. “I don’t have any war stories,” he says, almost apologetically. “I was standing on the tarmac with my duffle bag prepared to go to Cuba during the Missle Crisis, but Kennedy got it resolved in the middle of the night. God was looking out for me – in more ways than one.” He goes on to explain, “My VA benefits have kept me alive. I’m on dialysis three days a week and have had multiple surgeries at the Cleveland VA hospital. I hear negative things about the VA, but for myself, if it weren’t for the VA and hospice, I wouldn’t be here.“

Talking with Gene about his life is an amazing tour. Working for Cincinnati Milacron, he traveled the world – from Europe to Fiji to Australia and every state but Alaska. He loves and raised horses and enjoyed some rodeo riding. He took his first plane ride at the age of 10 in a Boeing Stearman biplane. He took another biplane ride last summer at the age of 77. He ran a family business for decades, fathered six children and now boasts an extended family of 19 grandchildren and 12 great-grandchildren.

While Gene has known his wife, Esther, since childhood, the two did not come together until both had left early unsuccessful marriages. “I knew her from church when she was eight. She was too young for me. I was twelve,” Gene explains with a wink. The couple has now been together for over thirty years. “We renegotiate another year on every anniversary,” Gene says. “So far it’s working out.”

Gene credits a superb support team of family and friends for helping he and Esther during their health challenges. Gene is compiling photo albums that highlight his life experiences. They are filled with familiar faces and new friends he is making every day. “Everyone who has touched my life is part of who I am,” Gene says.

Gene’s health problems almost got the best of him last spring. “I was walking through the valley,” he says. “Black was closing in on me. But when I got there, God said, ‘not today.’ And for that I am grateful each day I have left.”

We are grateful too. We are privileged to be among those whose lives he has touched. We wish Gene the fullness of life every day – to the “fullest extent of the law.”

Supporting Grieving Children During the Holidays

The holidays can be very difficult for grieving children, especially during the first year of…

Thank You to the Stars Who Come Out at Night